on April 23, 2014
Last week, I saw a woman running on the balls of her feet without letting her heels touch the ground. Looking at her was making my calves and shins hurt.  I wanted to share a few tips with her to help her improve her form, but she was wearing headphones and I was scared she would get upset. Her running form reminded me of how I used to run when I first changed my form to save my knees. Unfortunately, I know from experience that it is likely that she will get injured running like that. Coming home, I decided to write this blog post to hopefully save others from doing the same mistakes that I did. 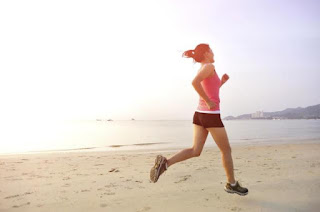 The most confusing thing about transitioning from heel striking in thick shoes to forefoot/midfoot/minimalist/barefoot running is that it is possible to run on your forefoot and still have bad running form.  I actually did it myself for about 5 months filled with shin splints, sore calves, ankle soreness, Achilles tendinosis, foot pain, etc.  Oh, my knees were fine, but they were pretty much the only parts of my body that did not hurt.

When I joined the NorWesters track & field club, my coach, Robert Leone, noticed something was very wrong with my running form: I was running on my toes, pointing my feet down like a ballerina. When I told him about my shin splints, he connected the dots: by pointing my feet down, I was creating braking forces at initial contact just as strong as if heel striking.  The only difference was that when overstriding on my heels, the impact was absorbed by my knees, and now that I was overstriding on my forefoot, it was my ankles that were absorbing the shock forces. 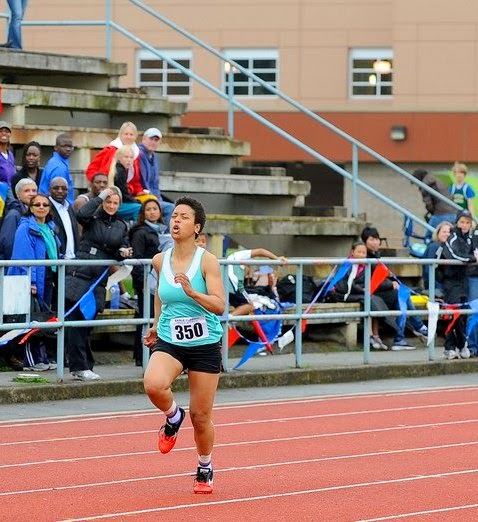 One of my first track races... It was nearly as painful as it looks

"Dorsiflex!", "push your big toes up against the top of your shoes!" my coach would tell me over and over again.  These running form cues were correct, but quite confusing to me because I would sometimes not land on my forefoot anymore and my coach would also say that when sprinting the heels should barely touch the ground.  Was I going too slow? What was I doing wrong? When I finally had to take some time off running because the pain had become unbearable I decided to do some research about what forefoot running really means and how to do it properly. Running should not be so painful! 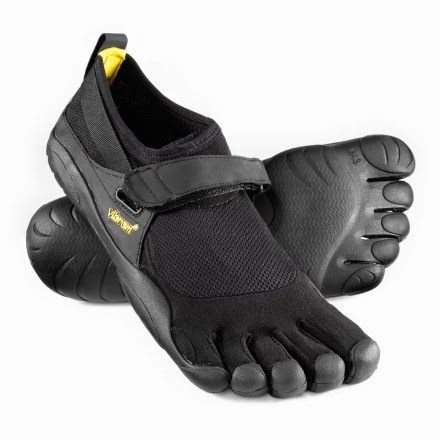 In all these shoes my ankles, shins, and Achilles tendon, would hurt after running: the more minimalist the shoes, the worse the pain.  I thought it was maybe that my feet and ankle stabilizers were still too weak and hoped that, as I would get stronger, things would get better.   The shoe companies' websites recommended a progressive transition to minimalist running,  so I continued following my strength and balance training routine and only wore my minimalist shoes for short periods at a time.  But after a month, I had the calf and foot strength and overall balance to stand on one leg on my tip toes for over one minute without wobbling, but the calf soreness and shin splints were still there.  That's when I realized that wearing minimalist shoes helps me build some of the muscles needed to run properly, but cannot teach me to run with good form.

On one of my weekends where I skipped track practice because of my injury, I decided to look at videos of Olympic track runners to analyze their technique. At one moment, I paused the video and looked at the posture and feet of all the runners. That is when I realized what I was doing wrong: their forefoot or midfoot would strike the ground first not because they were pointing their foot down in front of them, but because they were leaning forward with their whole body and landing with the ankle directly under or behind the knee.

I looked at pictures taken at one of my races for comparison. I was reaching forward too: but only from the waist up. I was bent in two with my butt sticking back. My foot was also reaching far ahead of my knee.  It did not look very smooth. 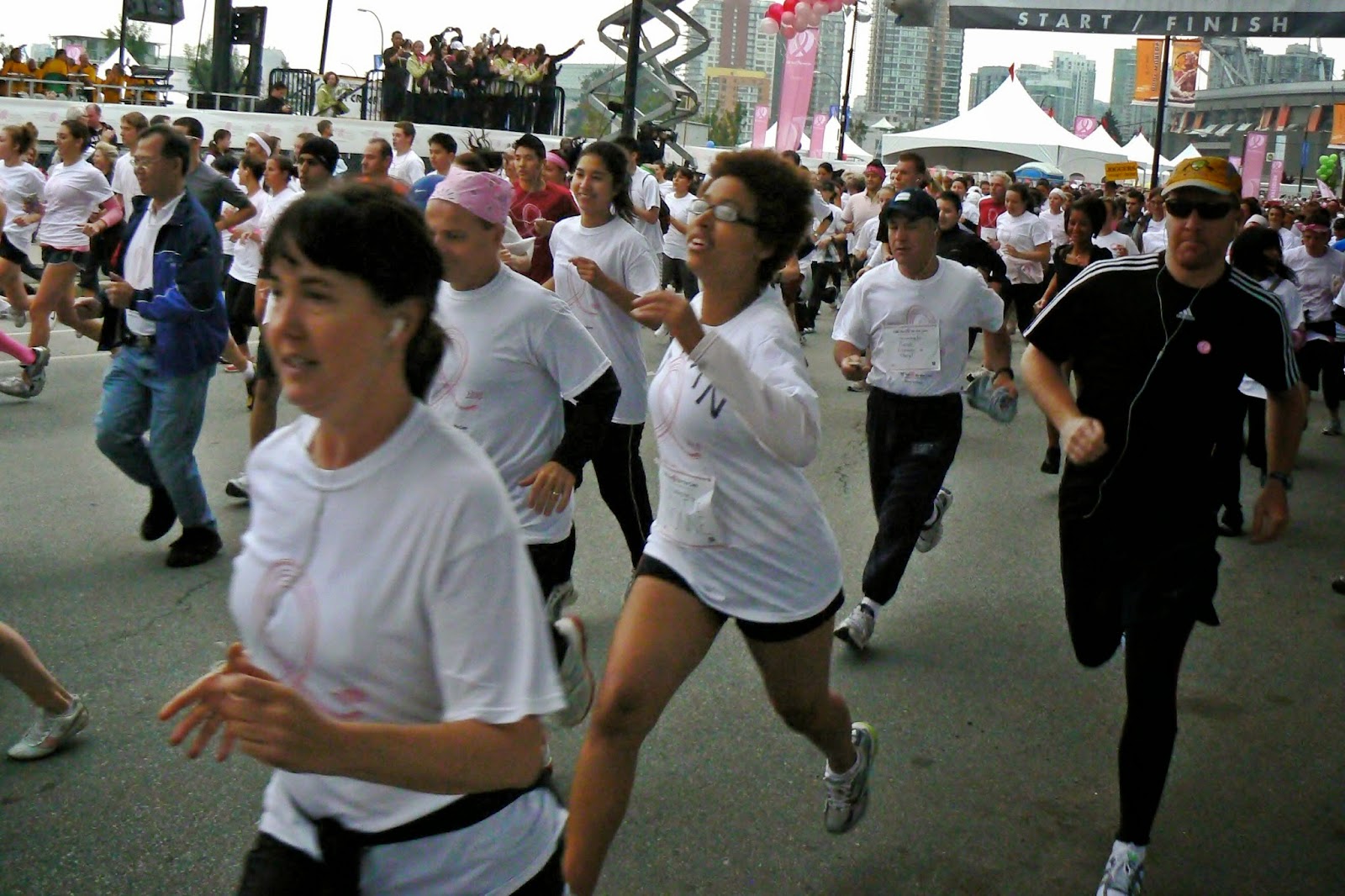 So I placed myself in front of the wall and tried leaning forward at the ankle standing as straight as possible from the shoulders down to the heels. I would feel my weight transfer to my forefoot. "So that's what forefoot running really is about!" I thought to myself.  Seems I had it all wrong all this time... 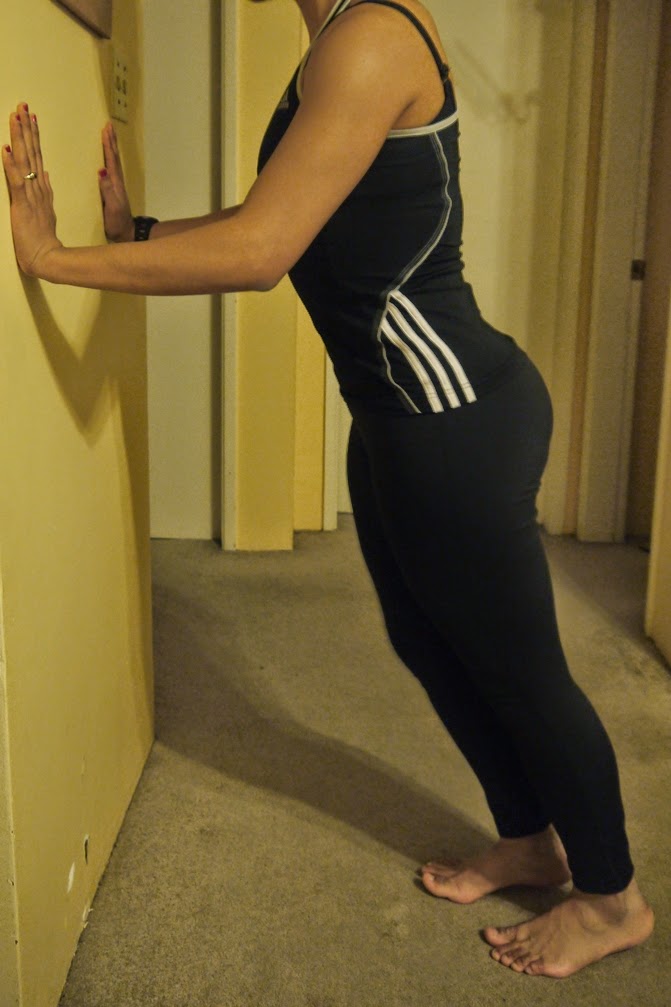 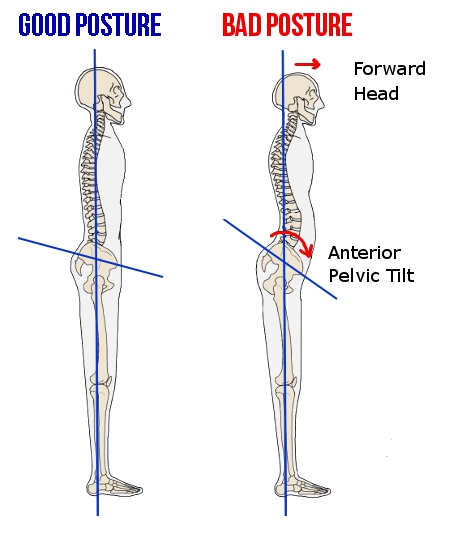 What is good posture?

If you stand with your chin up and your chest out, you might appear over-confident, but if you hold your head down and hunch your shoulders, you might look self-conscious and broken down. A good posture is somewhere in between both straight and relaxed. Good posture is about efficiency: all the joints of your body, from the ankle to the spine in the neck, should be aligned in a way that would allow you to stand and move with the less effort possible. Good posture is what allows ballerina to do complex movements in a way that appears nearly effortless. Good posture is required for sprinters to run as fast as humanly possible. It can allow you to stand or sit for hours at work without getting a sore neck or back, or to run further and faster with less effort. Below, I listed all the elements of a good posture taking a bottom-up approach.

1. Alignment Do your hips, head, shoulders and ankles line up?
Imagine two lines going from the very top of your head on th… 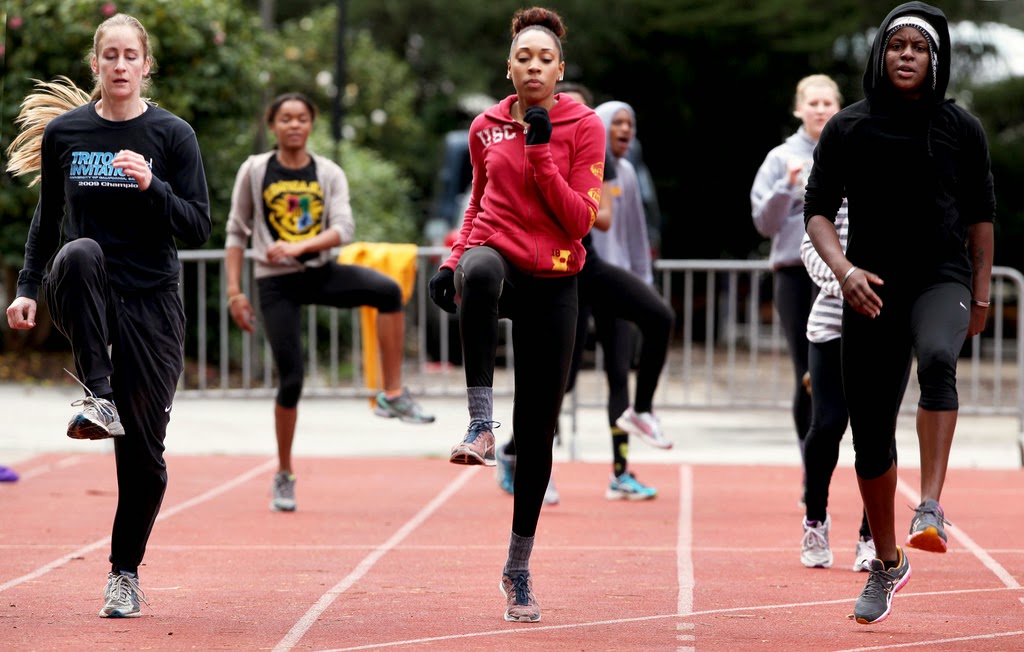 If there is one thing we amateur runners can learn from olympic athletes, it is how to warm up properly. They do not always show it on TV, but no athlete ever starts a race straight from sitting around or after just some light jogging. Before they enter the stadium, the athletes get to jog, do drills and practice strides on a separate warm up track. For sprinters like Usain Bolt the warm up can be more than a 100 times longer than the competition itself! They know that a good warm-up can make a significant difference in terms of both injury prevention and running efficiency.

How Olympic Athletes Warm Up Warm-up routines for elite runners have been perfected and standardized through scientific studies that tested the efficiency of each jogging lap, drill, stretch, etc. Rarely would I see the winner of a race getting to the starting line after just a few minutes of jogging. Competitive runners know that, even though slow jogging is a key part of a distance runner's warm up, it is no…